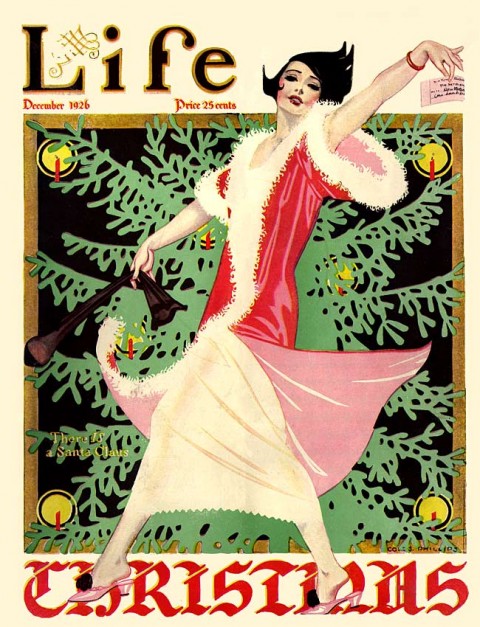 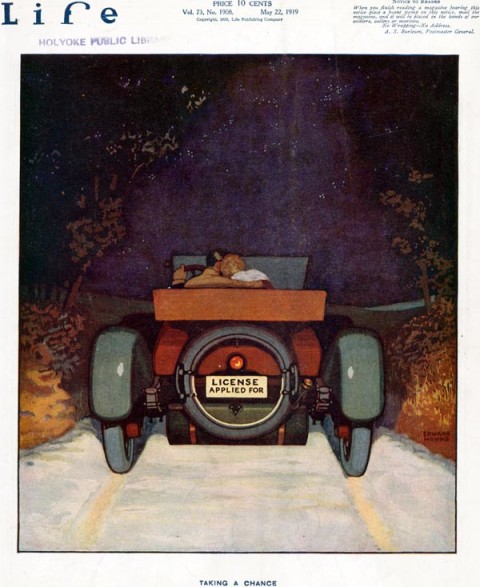 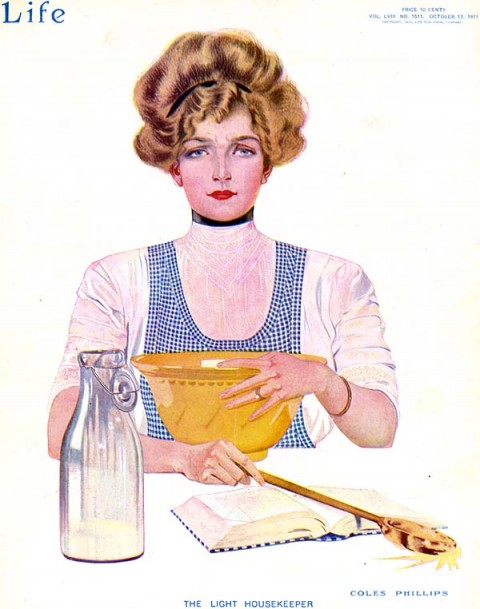 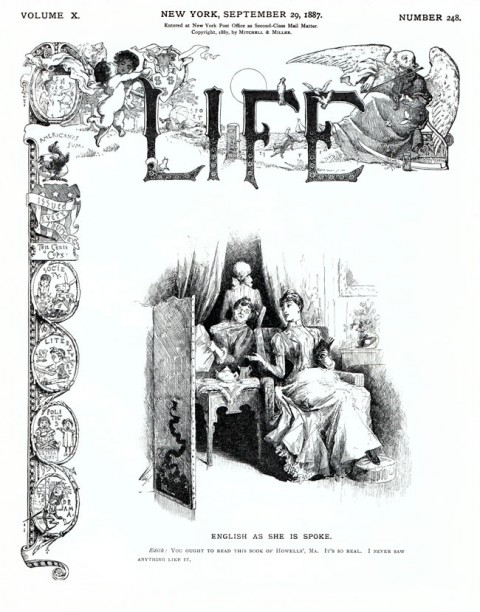 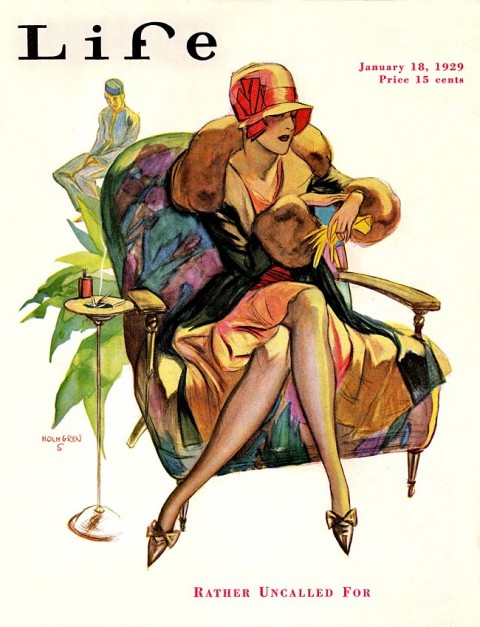 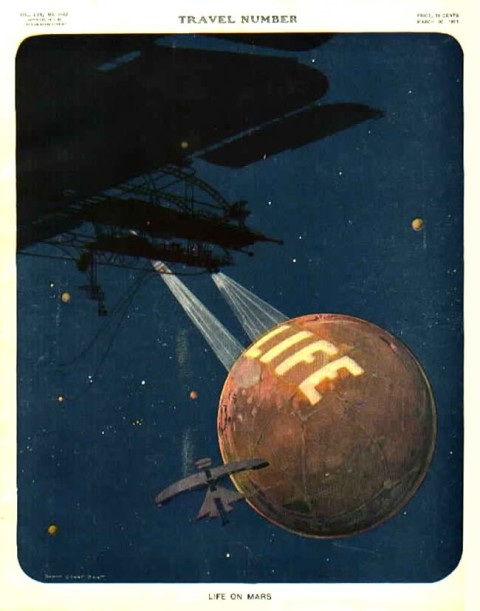 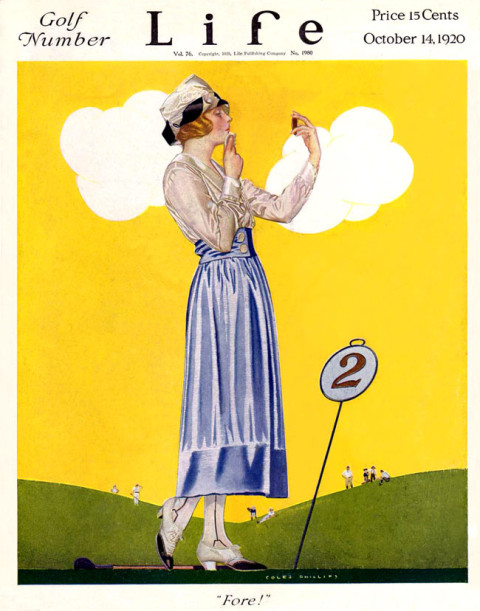 A sampling of covers from about 1910-1930 from the original Life Magazine. They’re riveting, one after the other – a cavalcade of striking illustrations and successive iterations of exquisitely typeset mastheads. More from the complete run, here. Some history courtesy of David E. Sloane, author of American Humor Magazines and Comic Periodicals –

Life Magazine was designed as an American Punch; more properly, it was an outgrowth of the Harvard Lampoon, which itself was a copy of Punch. Life stood as a challenge to the recently successful Puck and Judge, both of which were full of raucous humor. Life, on the other hand, was self-consciously genteel. It ultimately succeeded so well that it became the most influential cartoon and literary humor magazine of its time, and—a fact forgotten today—itself served as the model for another humor magazine, The New Yorker.