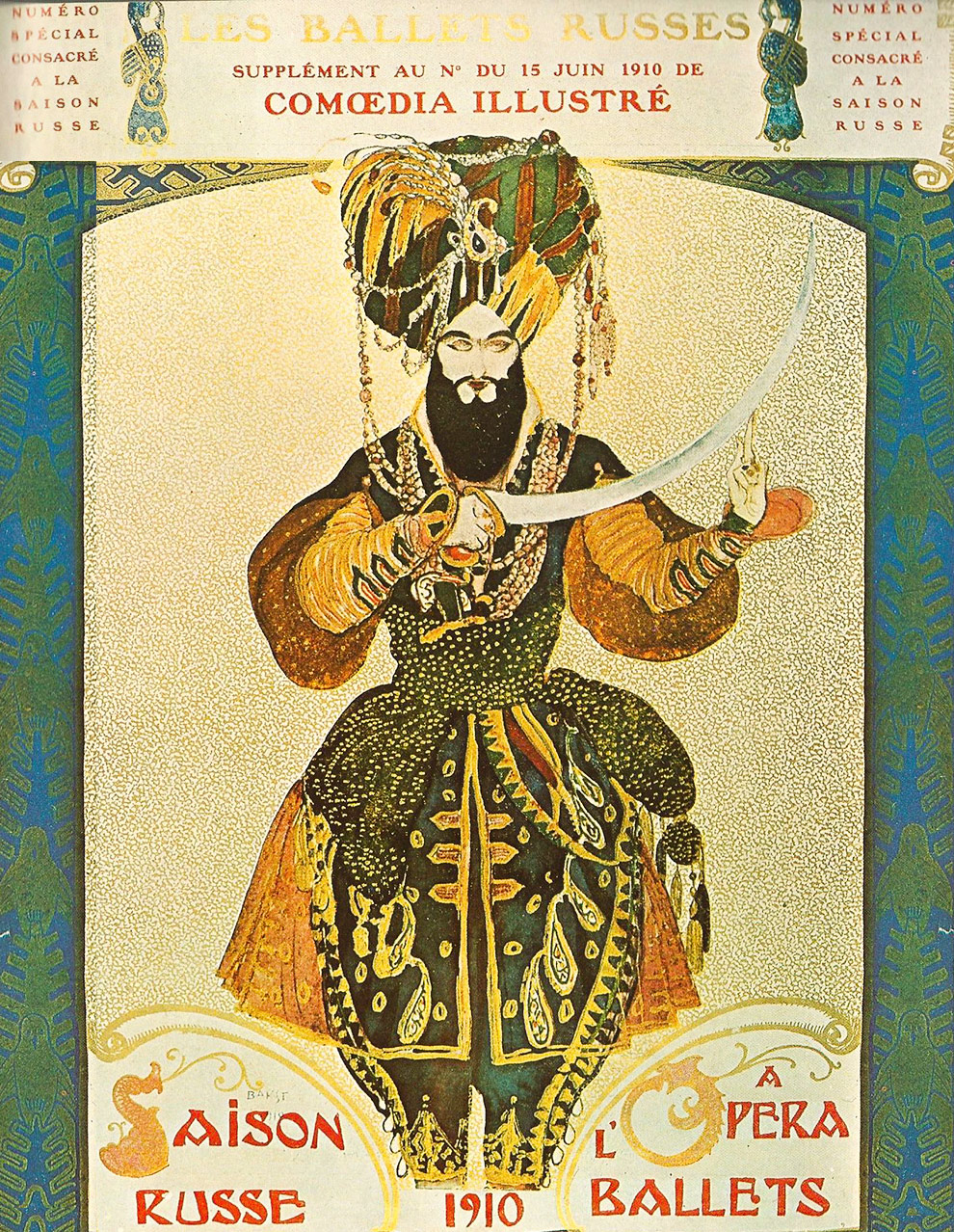 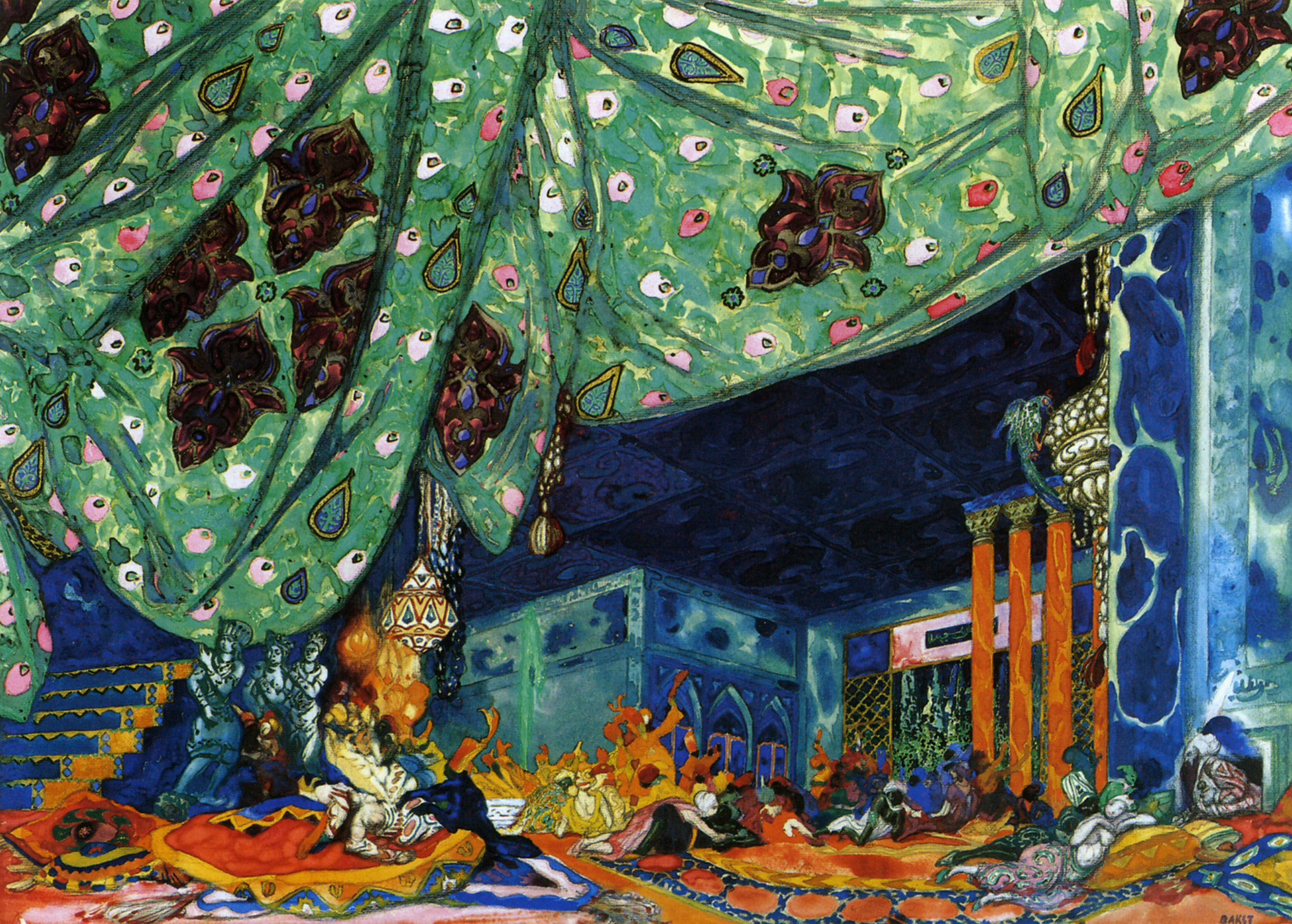 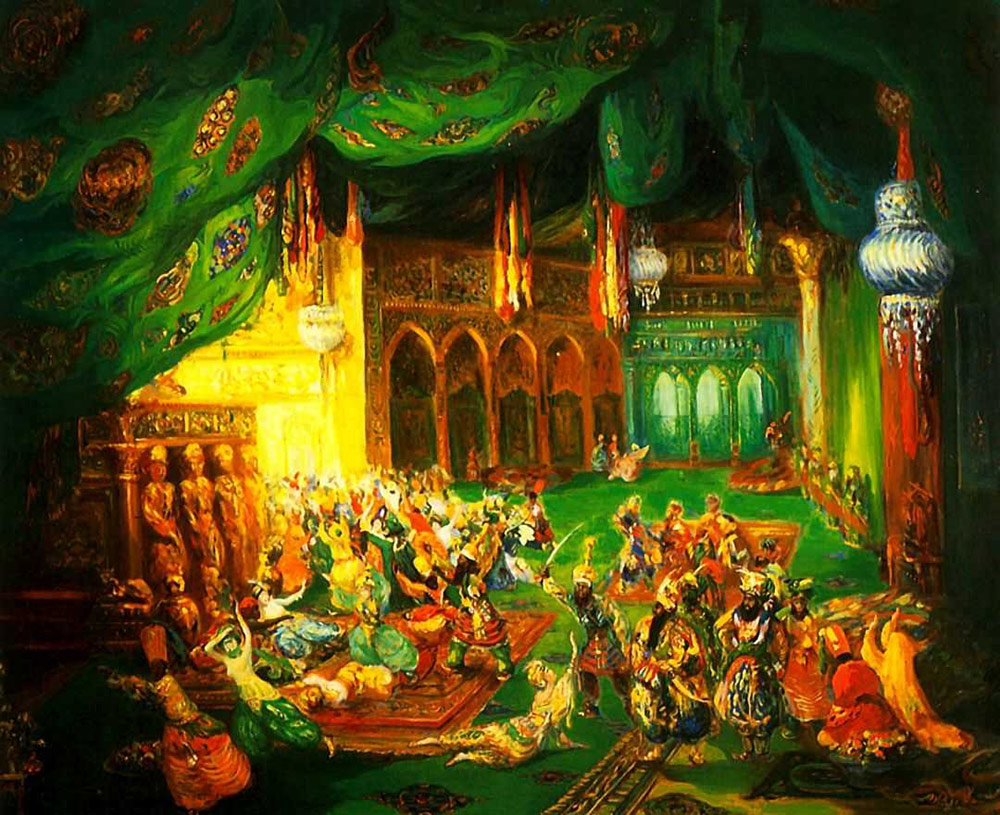 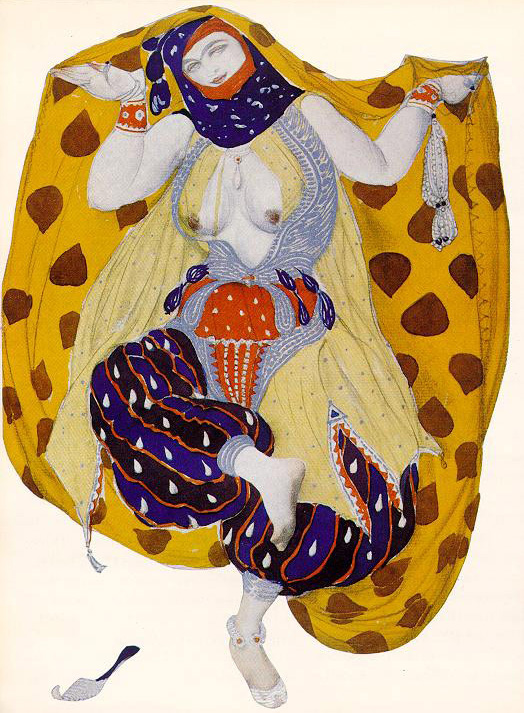 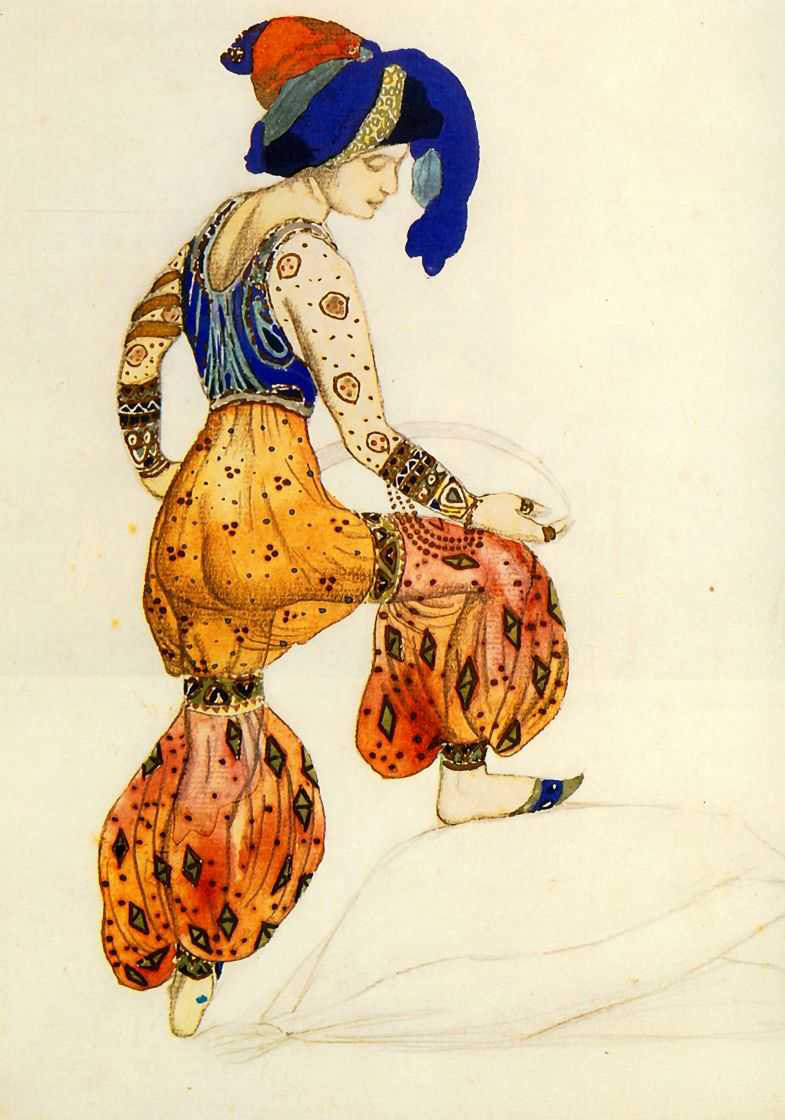 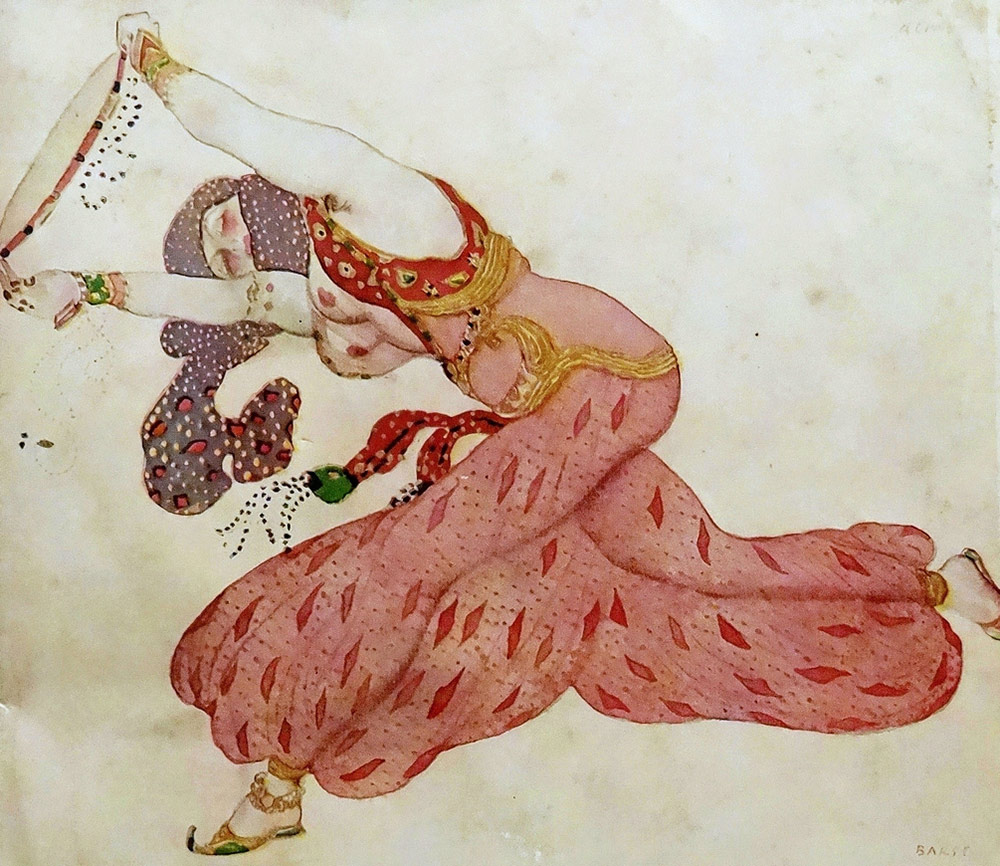 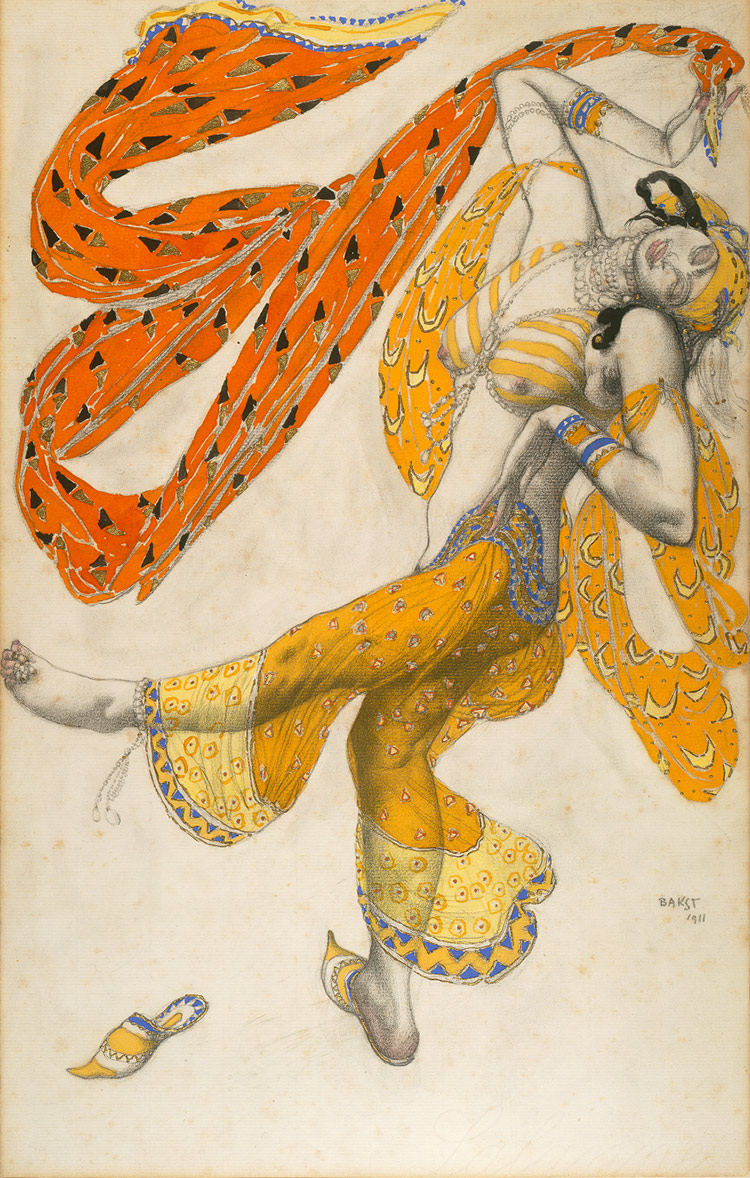 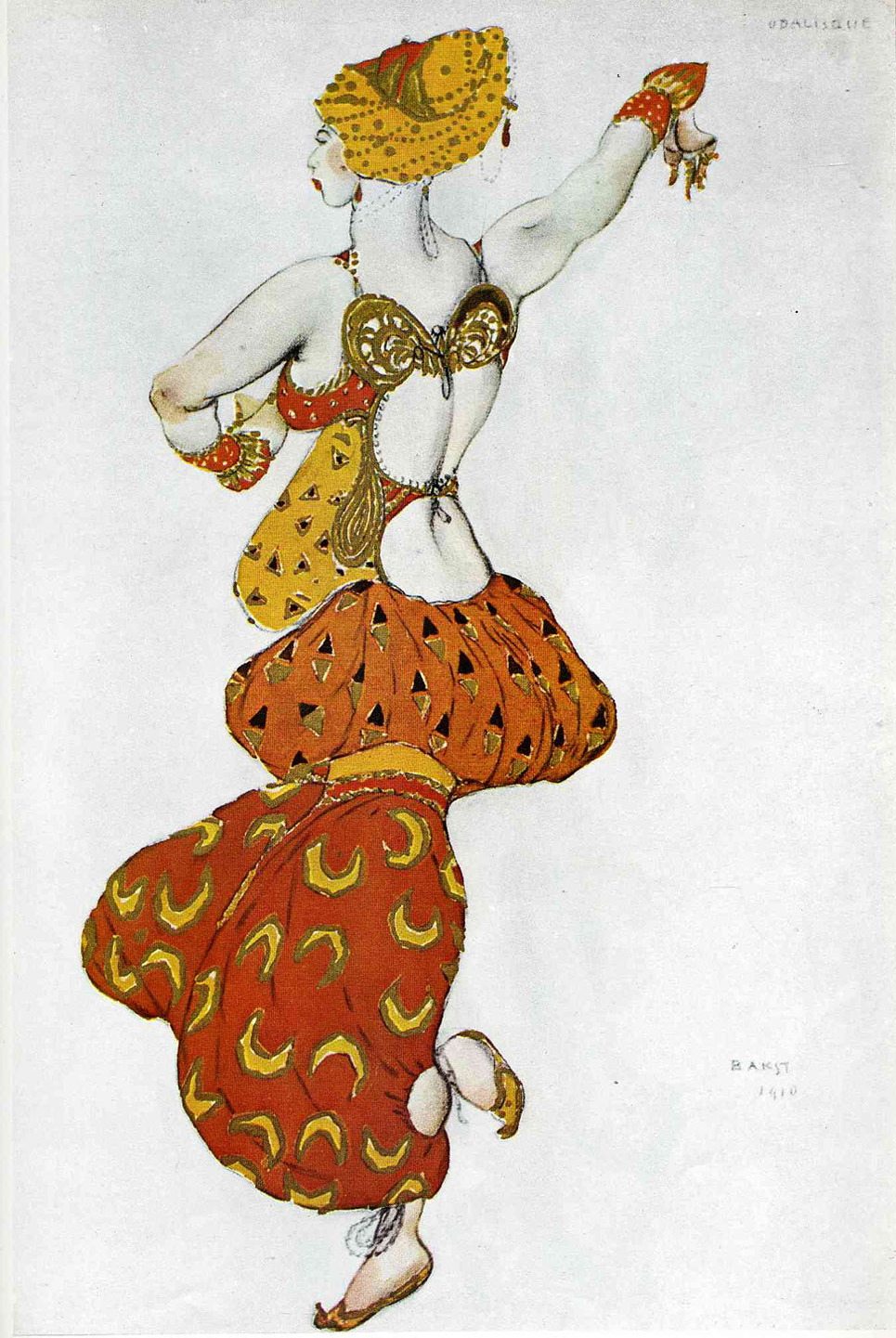 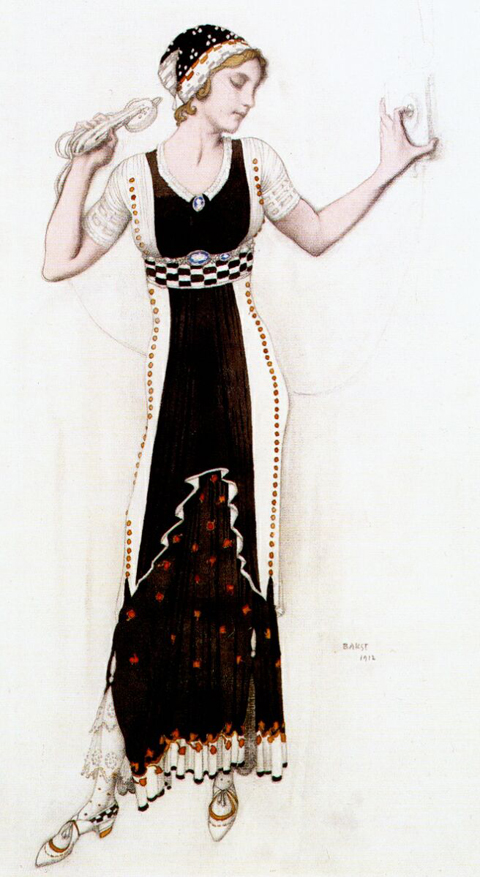 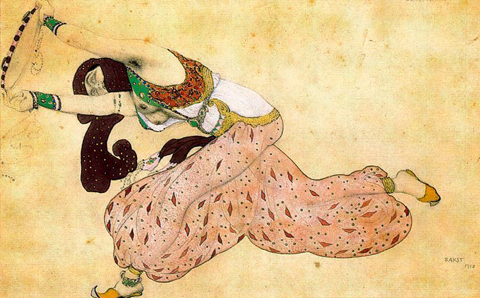 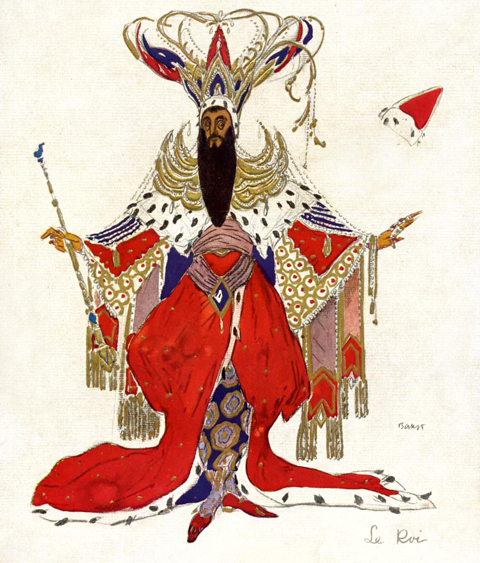 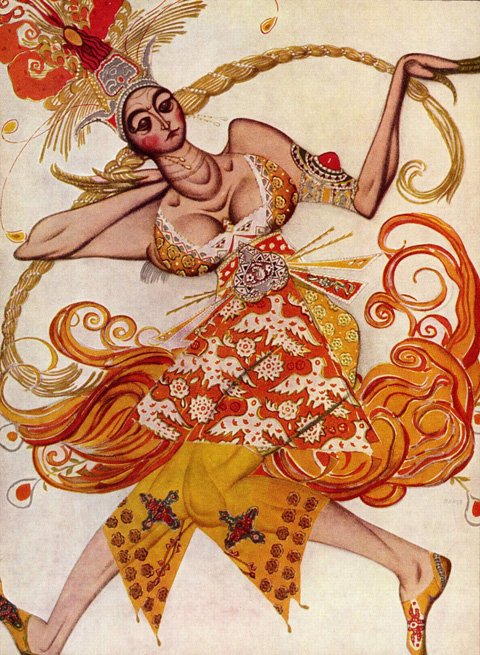 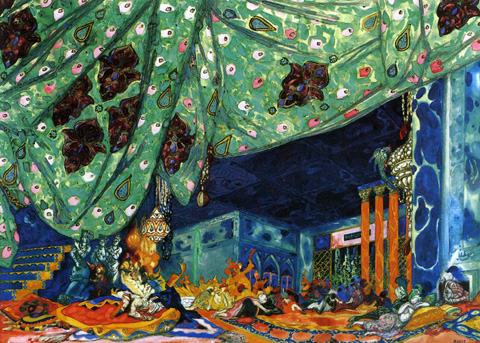 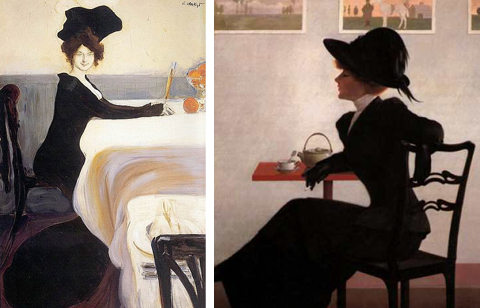 Another recent discovery at the Isabella Gardner Museum was the work of Leon Bakst. Bakst began his career as an illustrator, but quickly gained a reputation as a formidable painter and designer. He is best known, however, for his work in the theatre. He began a collaboration with Serge Diaghilev, the Russian art critic and founder of the Ballets Russes designing costumes and sets. By the time he became the artistic director of the Ballets Russes he was internationally famous.

That I saw his work at all at the Gardner is a blogament to their graphic power. Two small costume sketches leapt out from the top row of a dense grid of perhaps 50 small sketches and engravings that spanned from floor to ceiling. A potent mix of Slavic motifs, exuberant patterns, and fluid gestural drawing, their presence belied their tiny scale. Bakst’s versatility is tremendous – vivid and impressionistic set paintings, exquisitely sensitive drawings, and moody, stylish paintings and illustrations. The most comprehensive survey of his work, Leon Bakst: Set and Costume Designs, Book Illustrations, Paintings and Graphic Works by Irina Pruzhan is out of print, but available.