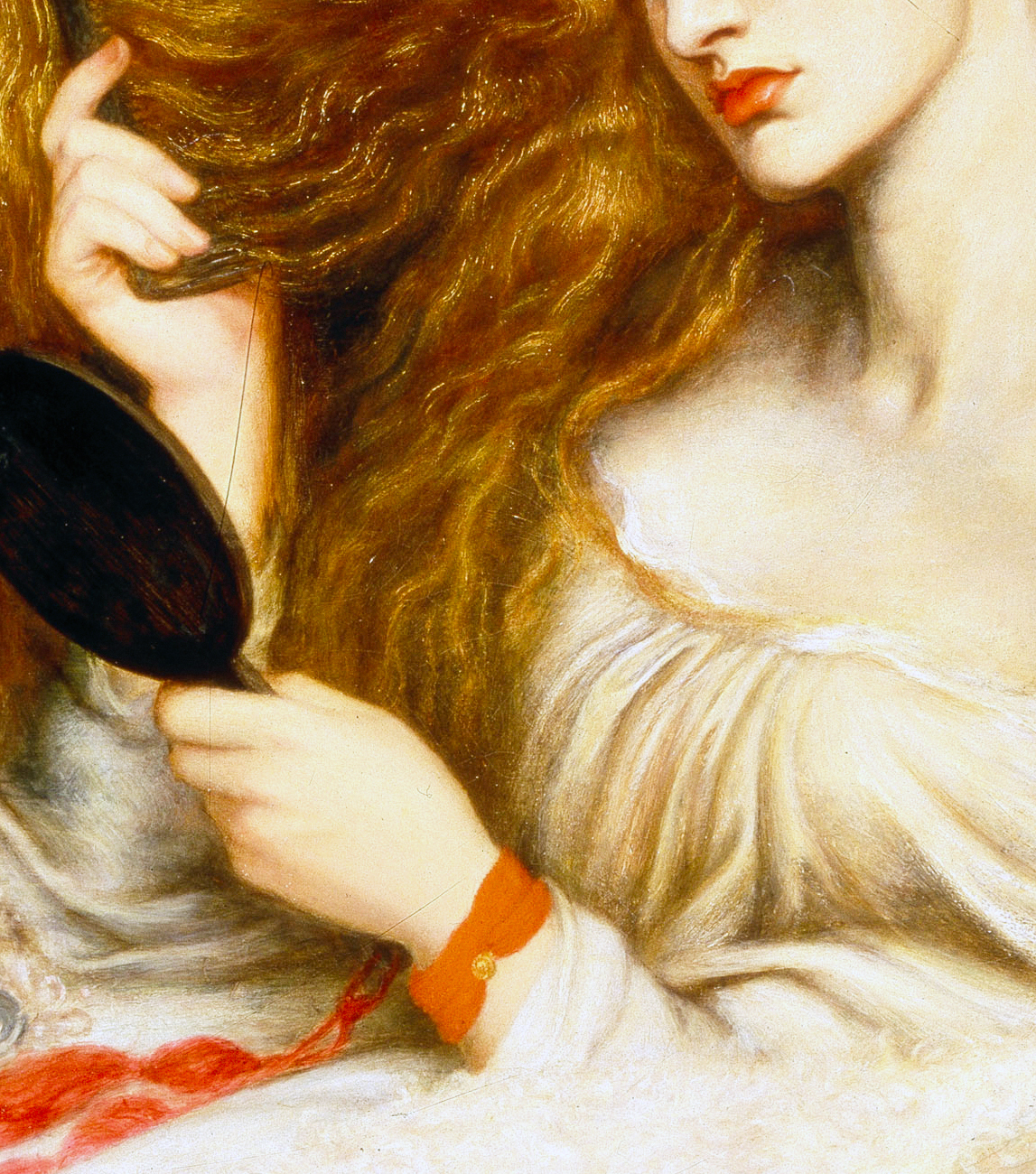 Mr. Rossetti has been known for many years as a painter of exceptional powers, who, for reasons best known to himself, has shrunk from publicly exhibiting his pictures, and from allowing anything like a popular estimate to be formed of their qualities. He belongs, or is said to belong, to the so—called Pre~Raphaelite school, a school which is generally considered to exhibit much genius for colour, and great indifference to perspective. It would be unfair to judge the painter by the glimpses we have had of his works, or by the photographs which are sold of the principal paintings judged by the photographs, he is an artist who conceives unpleasantly, and draws ill.

Like Mr. Simeon Solomon, however, with whom he seems to have many points in common, he is distinctively a colourist, and of his capabilities in colour we cannot speak, though we should guess that they are great; for if there is any good quality by which his poems are specially marked, it is a great sensitiveness to hues and tints as conveyed in poetic epithet. These qualities, which impress the casual spectator of the photographs from his pictures, are to be found abundantly among his verses.

There is the same thinness and transparence of design, the same combination of the simple and the grotesque, the same morbid deviation from healthy forms of life, the same sense of weary, wasting, yet exquisite sensuality; nothing virile, nothing tender, nothing completely sane; a superfluity of extreme sensibility, of delight in beautiful forms, hues, and tints, and a deep seated indifference to all agitating forces and agencies, all tumultuous griefs and sorrows, all the thunderous stress of life, and all the straining storm of speculation.

Mr. Morris is often pure, fresh, and wholesome as his own great model; Mr, Swinburne startles us more than once by some fine ﬂash of insight; but the mind of Mr. Rossetti is like a glassy mere, broken only by the dive of some water—bird or the hum of winged insects, and brooded over by an atmosphere of insufferable closeness, with a light blue sky above it, sultry depths mirrored within it, and a surface so thickly sown with water~lilies that it retains its glassy smoothness even in the strongest wind. Judged relatively to his poetic associates, Mr. Rossetti must be pronounced inferior to either. He cannot tell a pleasant story like Mr. Morris, nor forge alliterative thunderbolts like Mr. Swinburne. It must be conceded, nevertheless, that he is neither so glibly imitative as the one, nor so transcendentally superficial as the other.

We at once recognize as his own property such passages as this:

I looked up
And saw where a brown—shouldered harlot leaned
Half-through a tavern window thick with vine.
Some man had come behind her in the room
And caught her by her arms, and she had turned
With that coarse empty laugh on him, as now
He munched her neck with kisses, while the vine
crawled in her back.

As I stooped, her own lips rising there
Bubbled with brimming kisses at my mouth.

Have seen your lifted silken skirt
Advertise dainties through the dirt!

What more prize than love to impel thee,
Grip and lip my limbs as I tell thee!

Passages like these are the common stock of the walking gentlemen of the ﬂeshly school. We cannot forbear expressing our wonder, by the way, at the kind of women whom it seems the unhappy lot of these gentlemen to encounter. We have lived as long in the world as they have, but never yet came across persons of the other sex who conduct themselves in the manner described. Females who bite, scratch, scream, bubble, munch, sweat. writhe, twist, wriggle, foam, and in a general way slaver over their lovers, must surely possess some extraordinary qualities to counteract their otherwise most offensive mode of conducting themselves. It appears, however, on examination, that their poet—lovers conduct themselves in a similar manner. They, too, bite, scratch, scream, bubble, munch, sweat, writhe, twist, wriggle, foam, and slaver, in a style frightful to hear of. Let us hope that it is only their fun, and that they don’t mean half they say. At times, in reading such books as this, one cannot help wishing that things had remained for ever in the asexual state described in Mr. Darwin‘s great chapter on Palingenesis. We get very weary of this protracted hankering after a person of the other sex; it seems meat, drink, thought, sinew, religion for the fleshy school.