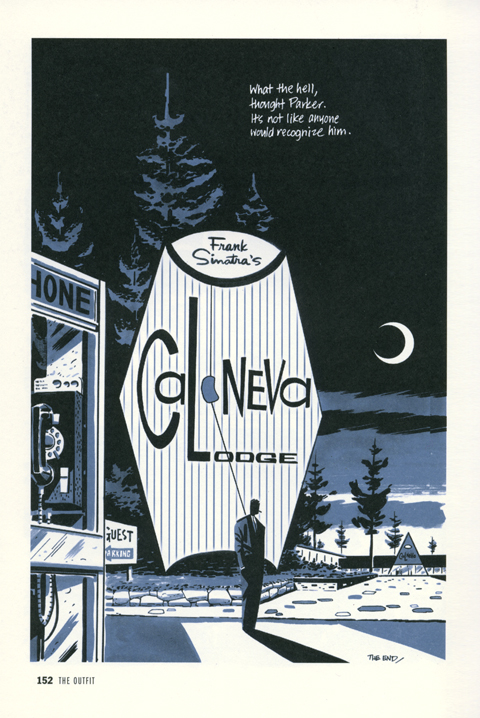 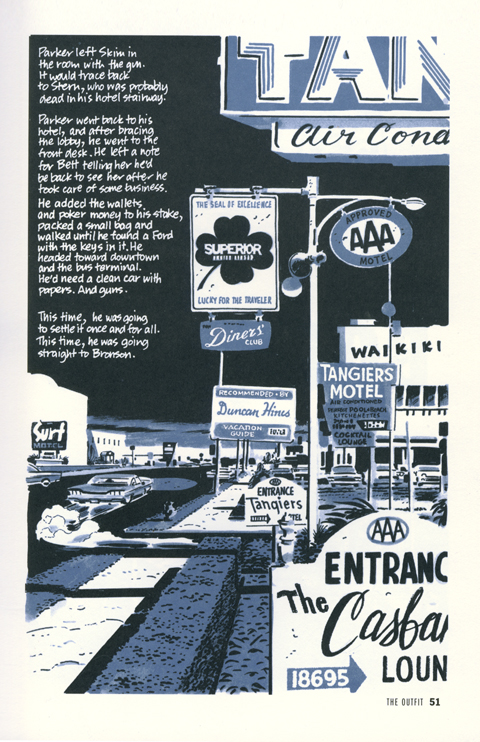 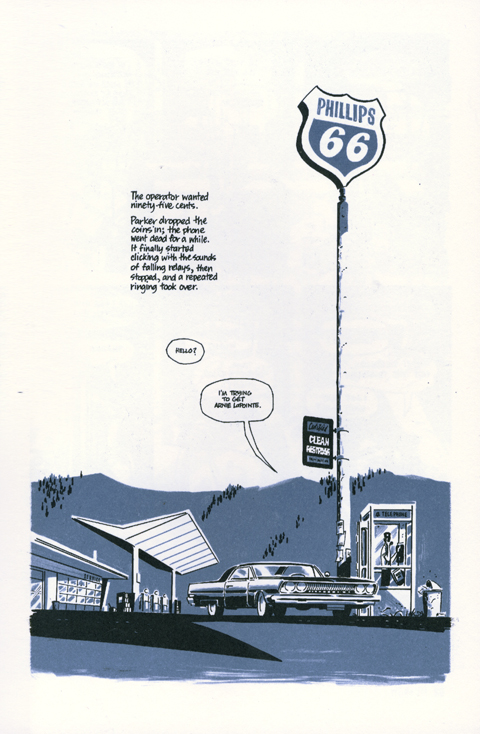 Splash pages from Darwyn Cooke’s masterful comic adaptation of Richard Stark’s hard-boiled noir, The Outfit. In and of themselves they are wonderful pieces of art – gestural, sketchy, but deliberate, brilliantly composed, and thoughtfully detailed. The whole book, though, like it’s predecessor the Hunter, is fantastic, distinguished by innovative graphic storytelling techniques. The most striking is a bravura sequence detailing a series of simultaneous heists, illustrated in successive retro styles that evoke Noel Douglas Sickles, the UPA Studio, and classic Hanna-Barbera. Examples from it can be seen here, as part of an in-depth interview Cooke conducted with the Comics Alliance. With the now classic New Frontier, Cooke transcended his inspirations. With the Parker series he’s securing his reputation as one of comics defining talents.