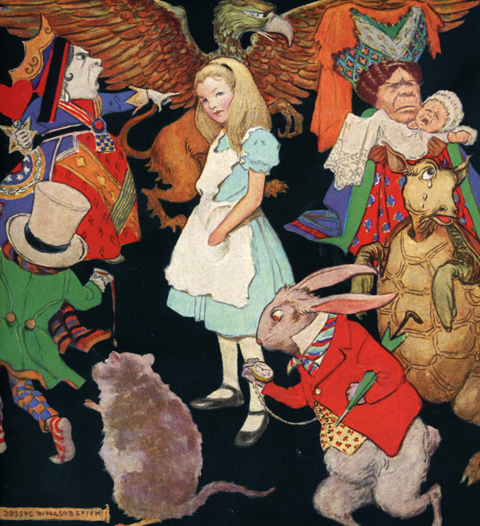 ‘Aight… once more with feeling. And, as always, with an eye for something fetching. Well fortified over the holiday break.  Visits to two crackerjack museums: first to the Pennsylvania Academy of Fine Arts, where I was blown away by Birth of the Cool, the Barkley L. Hendricks retrospective; then to the Brandywine River Museum, for the Wyeths of course, but also for a little jewel of a show – a survey of illustrations for Alice in Wonderland.

Also, a big new gouache completed at long last. Scores galore while visiting family HQ… old slide rule manuals (see above), a passel of old scientific tracing templates, a collection of precision tweezers, and the germ of giant new project of moon shot proportions. More soon, like tomorrow, with covers from the 70’s toddler edition of the Encyclopedia Britannica. Or maybe the gouache. We’ll see.