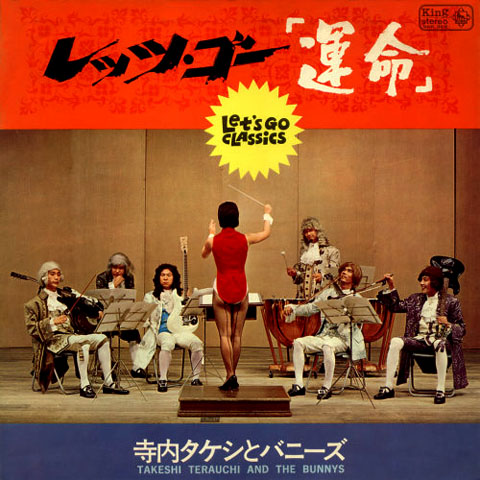 {RERUN: Originally aired Feb 19, 2009} Takeshi Terauchi is the Dick Dale of Japan, if Dick Dale was the Jimi Hendrix of America. He is exactly as obscure abroad as he is huge at home. His technical prowess, melodic complexity and sonic expressiveness qualify him an overlooked giant in the genre. Pinpoint guitar runs and exquisitely sprayed distortion gallop over a bed of rich organ washes and a sturdy back beat. The requisite minor key melodies often enthrallingly digress into Japanese folk. The fact that his instrumentals were an influence on the Dead Kennedys’ surf derived sound is just icing on the awesome…. Hopelessly out of print, the entire This is Terauchi Bushi album can be found at WFMU’s Beware of the Blog. Radness incarnate.