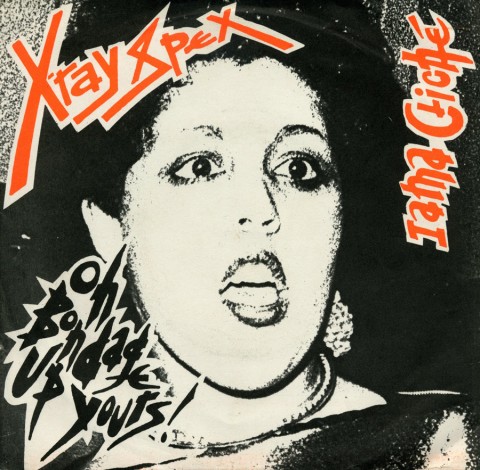 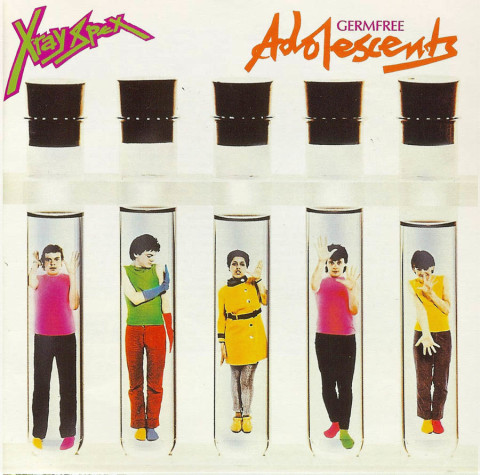 Some people think little girls should be seen and not heard
But I think
Oh Bondage! Up Yours!
One, Two, Three, FOUR!

I remember precisely where I heard “Oh Bondage! Up yours!” by X Ray Spex for the first time – in a beer soaked rathskeller called the Candlelight in West Philadelphia. I’m sure I’m not the only one for whom the recollection is that visceral. It was, and still is, that kind of song.

Part of it, for me, was its rarity. In 1987, among my ragtag band of punks it was a song universally known and never actually heard. It wasn’t even on the brilliant debut LP Germ Free Adolescents, which didn’t matter cause even that was impossible to find.

The other was the fierceness of its individuality – its willful oddity. It was strange the way Roxy Music was strange, but it was urgent the way the Clash were urgent. Think of it this way – the Sex Pistols were culturally liberating – they operated on the level of art. The thing with X Ray Spex is that they were personally liberating. “Flying your freak flag” is a tired phrase, with a whiff of patchouli about it. And the word empowerment is soggy with therapeutic sentimentality. But with Poly Styrene, X Ray Spex’s galvanizing front-woman, both notions are dead on. Styrene died yesterday after a long battle with cancer. My daughters would be lucky to fall under the spell of someone like her.