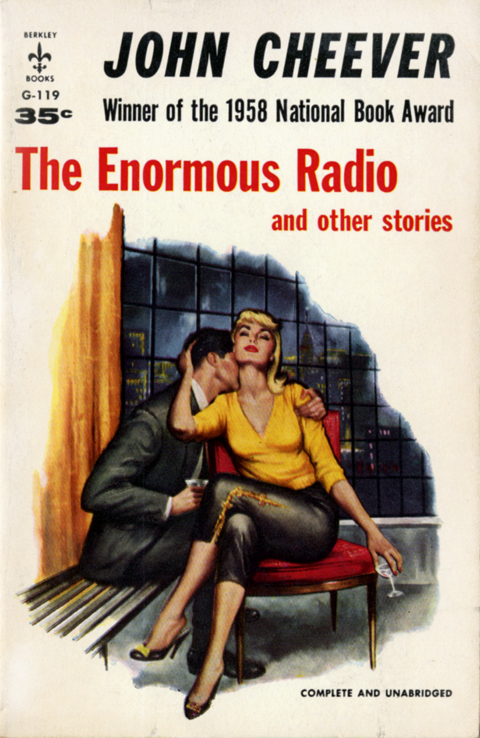 Frequent shots of Cheever lately… reviews of Blake Bailey’s recent biography hinted at a life where every phase – Manhattan writer, the suburban squire – turned out to a role propped up by a booze soaked frame of artificiality and self loathing. Like this – Cheever would walk would out of his Manhattan apartment every morning, dressed like any other Madison Avenue executive, join fellow salary men in the elevator and head down, then down some more, to the basement of his own building, and strip down to his boxers and sit down at his typewriter to write. Seriously? The sheer oddness (and Cheever-ness) of the whole scene left such an indelible impression that I wanted to re-read his stories in it’s wake… So I’ve been nursing the familiar well stocked orange doorstop with the silver “C” until I came across this sharp little jem. It’s the mass market paperback of Cheever’s second collection – the one that made his reputation. Magic! It’s like one end of a tin cup telephone with the other dangling back in the 50’s, somewhere in Cheever country. Light, tight, and springy in the hand, musty and yellowed with age, a brazen scene of urbane decadence on the cover – the aesthetics of the book an echo of the era – formal, even in sin.