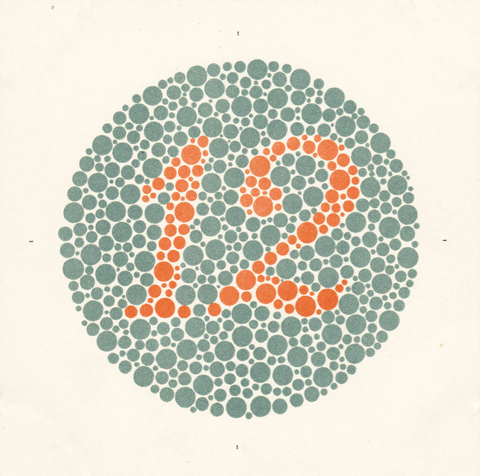 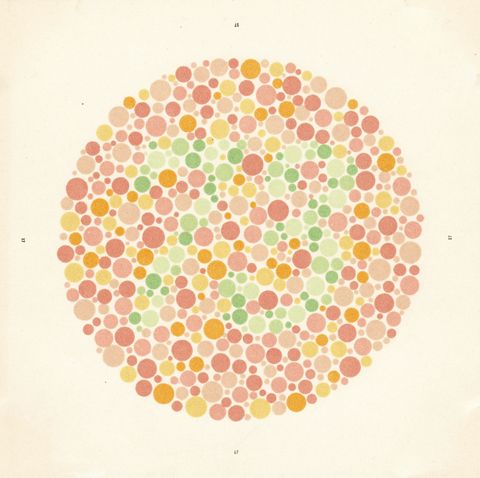 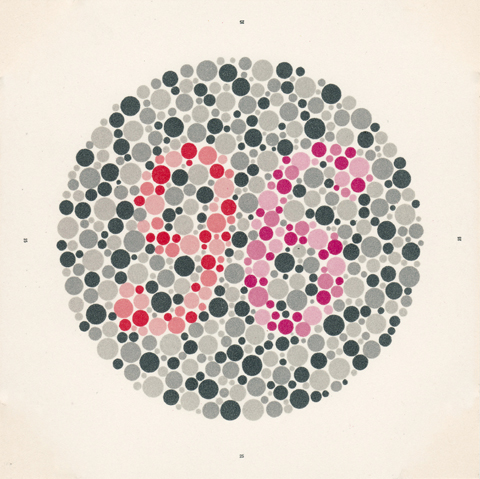 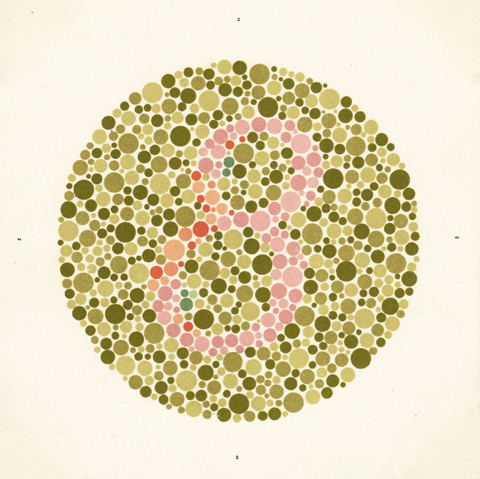 So, I was at the eye doctor the other day, getting examined in preparation for a little light surgery. After carefully assessing the accuracy of my vision, the nurse mentioned, almost in passing, that she needed to run a cursory check for color-blindness. She picked up a compact little folio and opened it, story-book like, in front of me and began to flip through it quickly. Each spread contained two paired prints composed of tightly packed colored circles. In each there was embedded a numeral. As she casually elicited successive impressions – 12, 96, 8 – whatever – I was astonished at how beautiful each plate was. The dense camouflage of dots, the flat pale color schemes, the simple geometry – each one was a little marvel. After the test was completed she left the folio on the counter – Ishihara’s buy vicodin 750 Tests for Colour-Blindness (Concise Edition) published by the Kanehara Shuppon Co, Tokyo, Japan.

An evening’s research turned up the following… The test is named after Dr Shinobu Ishihara, who developed the plates in 1916 at the behest of the Japanese Army to test color vision in it soldiers. He painted the plates himself in precise hues of watercolor. They were issued in an international edition the following year and are now, nine decades later, still in use, published in three editions of either 14, 24 or 38 plates. Eye Magazine did an informative, short piece about the plates, here. Editions are a bit pricey but available here. (I found the scans above among the following Flickr set.)